Another example from the Sonata op 28 last movement shows Beethoven's poetic use of stemming. When the left hand motive starts the piece, the stems are all up as befits a forthright beginning.

But when the Rondo theme returns after a titanic explosion, the motive creeps in sheepishly with its stems down! However the following immediate repetitions are back to stems up, since there is no longer a justification for the downward stems. 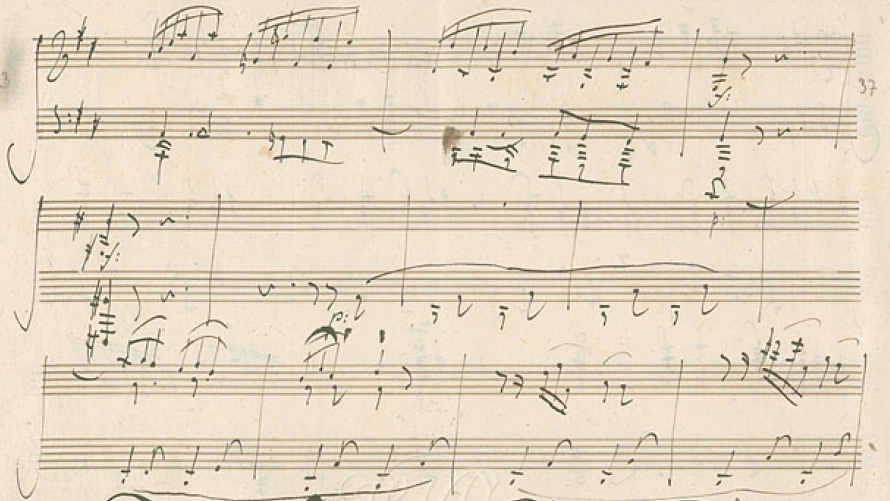 And when later in the piece. the explosion occurs again, once again the motive appears at first with its stems down but then changes back immediately. Note stemming of the right hand scale ending on the low ff A with its stem resolutely down to show its great depth below the rest of the texture.

Beethoven often seems to be using stem direction to show that one thing is "under" another, and also how things interact with each other over large spans of music.
Mac mini (OS 10.8.5) with dual monitors, Kurzweil Mark 5 with M-Audio Midisport 2 x 2,
Finale 2014d with GPO 4, JW Plug-ins, SmartScore X Pro, Adobe InDesign CS4,
Inkscape .48.5 and .91, FontForge 20150526
http://www.cantilenapress.com
Top
Post Reply
1 post • Page 1 of 1