The beaming in the following section from the third movement of Beethoven's Sonata op 53 is puzzling. Why doesn’t every phrase start with three beamed eighth notes as at the beginning (shown with one star.) Why would Beethoven vary the beaming in such a seemingly capricious way as seen in the groups shown with the multiple stars. 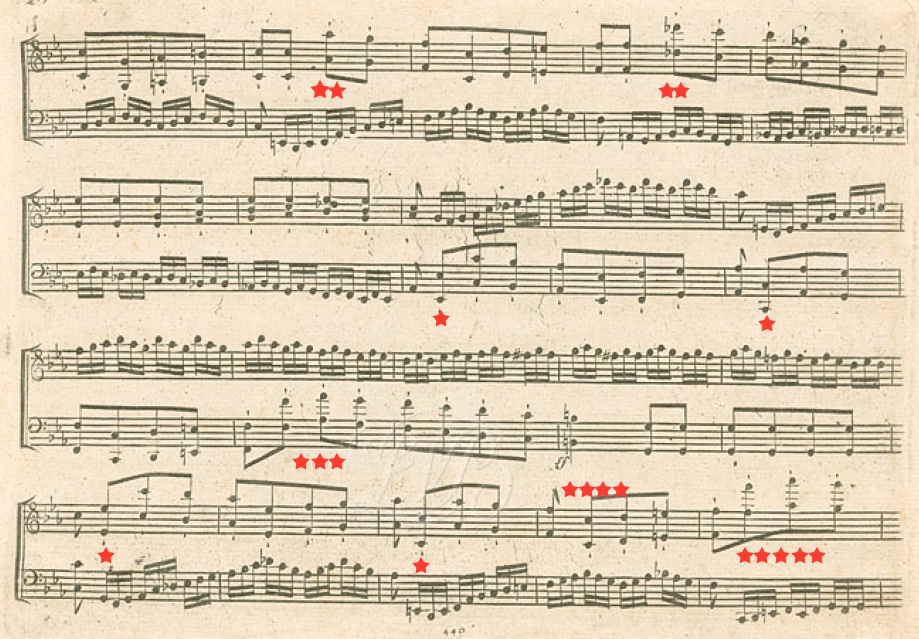 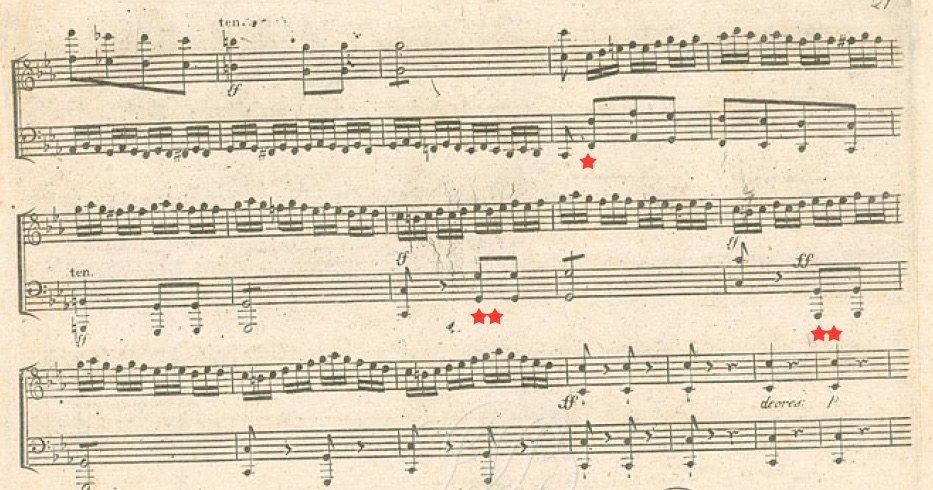 2 If the chord root change occurs on the third eighth note, he breaks the beam between the second and third notes. (two stars)

3. if the root remains the same throughout the measure, he breaks the beam between the second and third notes (three stars) to show the relationship of this phrasing with the new two note pickup groups that come two measures later or

4. beams throughout (5 stars) where he is concerned that the left hand triplets on the second eighth note might be misconstrued as a dominant (C) harmony rather than passing tones continuing the F minor harmony.

The breaking up of the phrase into two at 4 stars is interesting. While Beethoven's intention was probably to add even more variety, it points out that the opening phrase is actually a two voice structure that alternates the voices instead of counterpointing them, a standard Schenkerian technique:

While modern editions generally preserve most of Beethoven’s beaming in this passage (but not the one at 4 stars) older editions like Bülow succumbed to the temptation to make it uniform.
Mac mini (OS 10.8.5) with dual monitors, Kurzweil Mark 5 with M-Audio Midisport 2 x 2,
Finale 2014d with GPO 4, JW Plug-ins, SmartScore X Pro, Adobe InDesign CS4,
Inkscape .48.5 and .91, FontForge 20150526
http://www.cantilenapress.com
Top
Post Reply
1 post • Page 1 of 1