Did it Really Matter? part 2

Did it Really Matter? part 2

A remark by Beethoven in the working copy of the first movement of his Sonata op. 111:

This remark was deciphered by Schenker in his Elucidation Edition of the sonata (He wrote four such short books explaining the content and interpretation of op. 101, 109, 110, and 111.)

Here is the page, and a blowup of the remark. 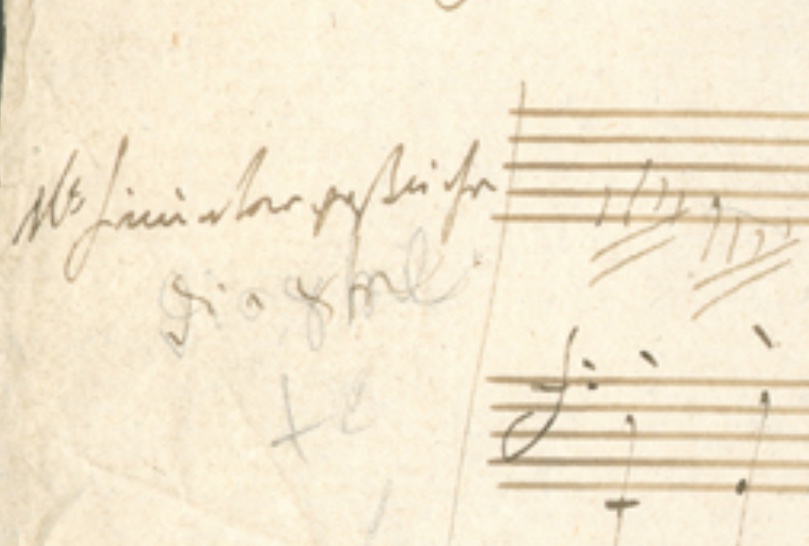 Beethoven seems to want the following right hand octaves (and possibly also the left hand octaves in the previous line) stemmed downward even though he stemmed them upward in the manuscript. This notation clarifies that the right hand is playing a middle voice in the fugato in preparation for the up-stemmed entrance of the theme in the upper voice a few measures later. The copyist obliges (in the right hand at least), but this produces potential engraving issues:

Beethoven solved the problem in an interesting way using centered beaming when he wrote out a fair copy for an edition by another publisher. He also stems the previous left hand octaves downward in preparation for the entrance of the theme in the bass: 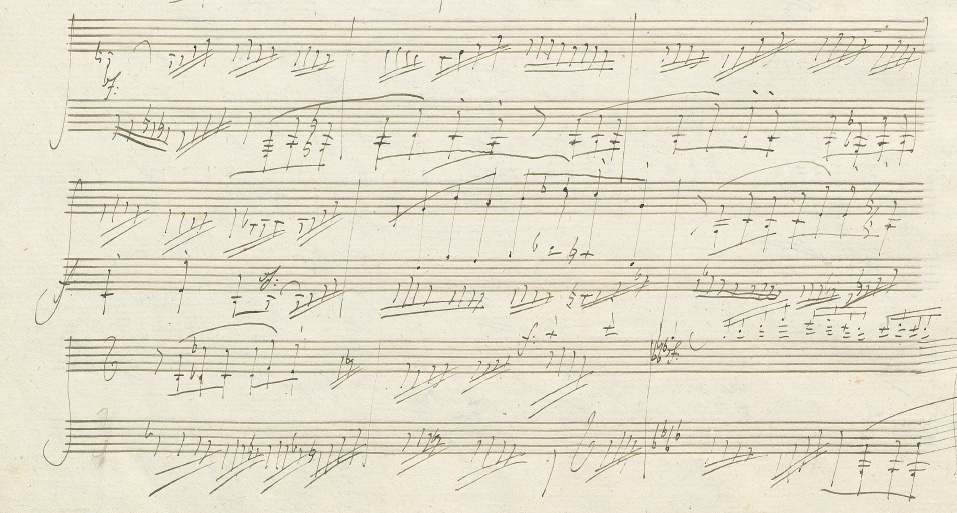 It is clear that Beethoven took stem direction very seriously. From past experience, he knew that some of it would not be carried out because of engraving issues, and he allowed or even directed his copyist to regularize for the engraver some that he considered less essential. But he persisted in showing what he really preferred in his manuscripts, while also taking some of the practicalities of engraving into account.