Another example of Beethoven's sophisticated notational sense occurs at the end of the last movement of the Piano Sonata. op. 101. It involves stem and beam direction as well as distribution of the notes between the staves.

At A a melody, shown boxed, appears in the soprano voice is then imitated in the tenor. It is notated as it was when it first appeared in the movement with the left hand playing the final high notes A E on the upper staff to avoid ledger lines. But when it is immediately repeated with a slight variation, the A E is re-notated on the lower staff and using the treble clef as shown at B:

While many later editions have ironed out this inconsistency in various ways, none to my knowledge, including Schenker's, have engraved the measure as Beethoven wrote it. In fact, even the first edition is not exactly correct, as we can see from the MS: 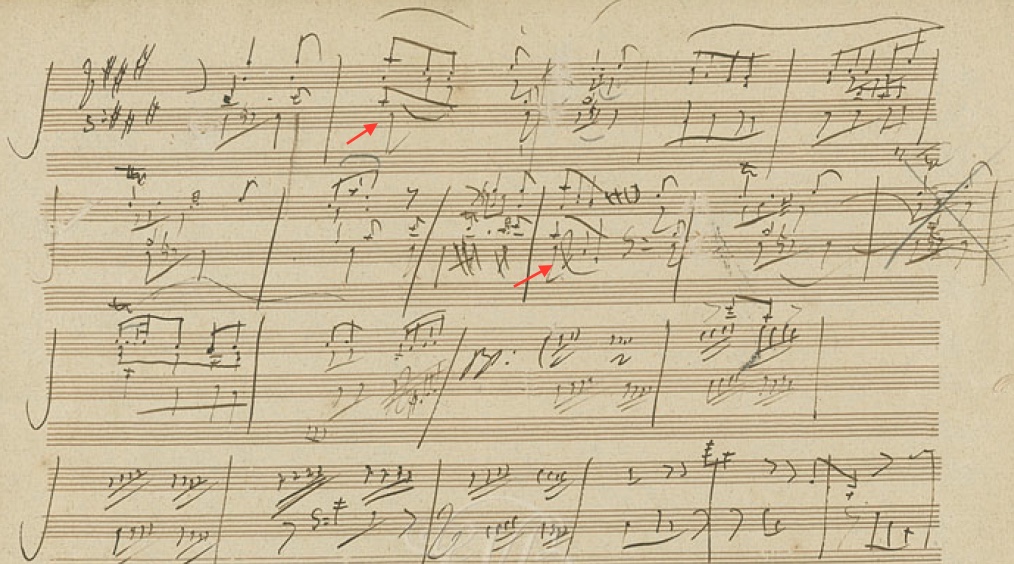 Yet, Beethoven's notation is superior to all. As shown by the arrows in the following example which continues directly from my first example, Beethoven has created an ending two note motive that imitates between the hands. He feels that the imitation is best shown by isolating each entry on its own staff. B in the first example is apparently the moment when this motive is first to stand out as something separate, and therefore its notation must adhere to what follows: 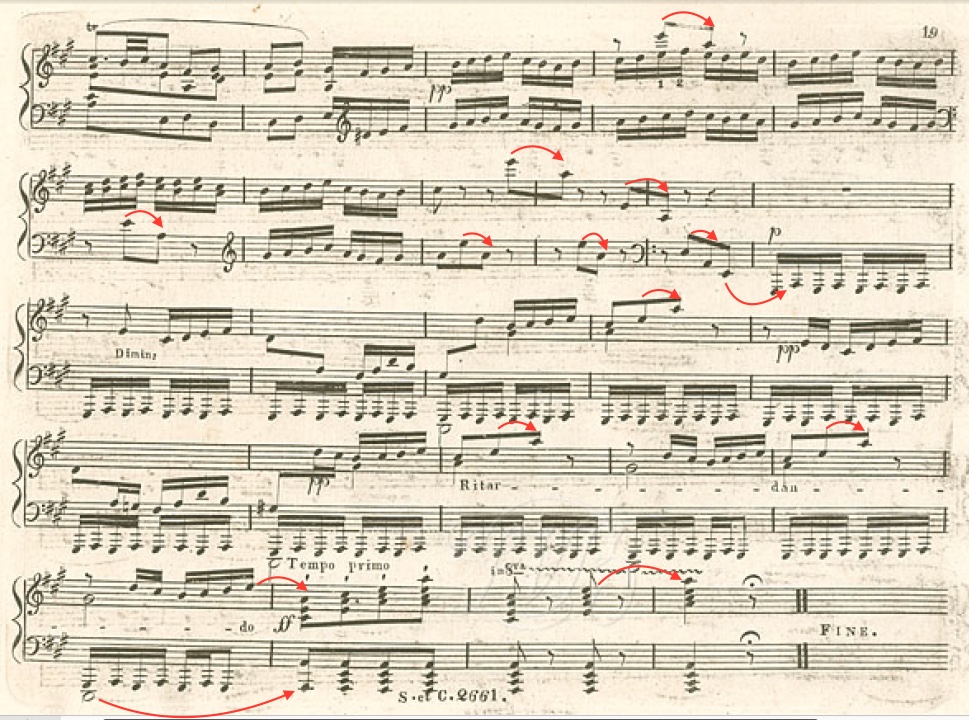