The system I use and teach is the old central-east European style of mediants.

Basically, there is Tonic, its two Dominants on the perfect fifths (SubDominant: SD, and SuperDominant: D)
and for each of them there are Mediants on thirds (SubMediants: SM; and SuperMediants: M). We never use "super", it is just dominant and mediant.
Mediants can be diatonic, or chromatic.
Example:
A submediant to subdominant (in C major) is chord d-minor.
A low (=chromatically lowered) submediant to the SubDominant is the Phrygian chord (F) that is Dflat-major, when inverted it is Napolitan (N, usually thus N6).
P is the polar chord, the only one with no function (or semi-T+semi-S function): F# in C-major, thus, if p it is minor if P it is major: 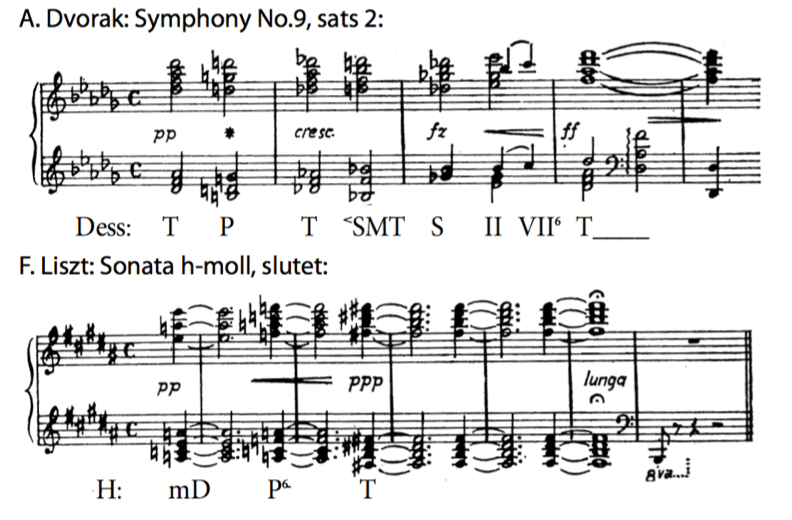 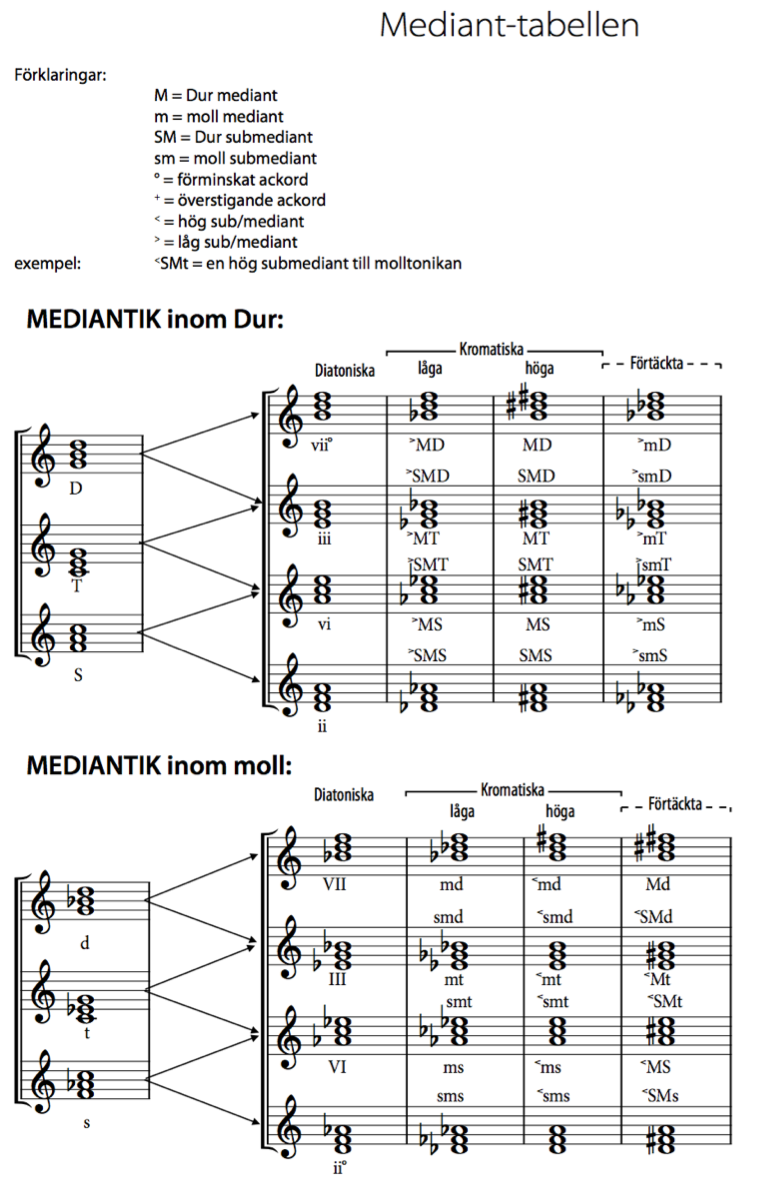 I finished my thesis using the published version of the font (plus two or three hacky additions) in September. In the past few days I managed to change the input order by using the mark and mkmk OpenType features. Because I have no idea of font licensing things and I’m not 100% satisfied with Source Sans Pro as a base I made a new font from scratch and drew some provisional glyphs (as you can guess I didn’t spend much time on nice forms as this was meant to be a proof of concept for the mark/mkmk approach): 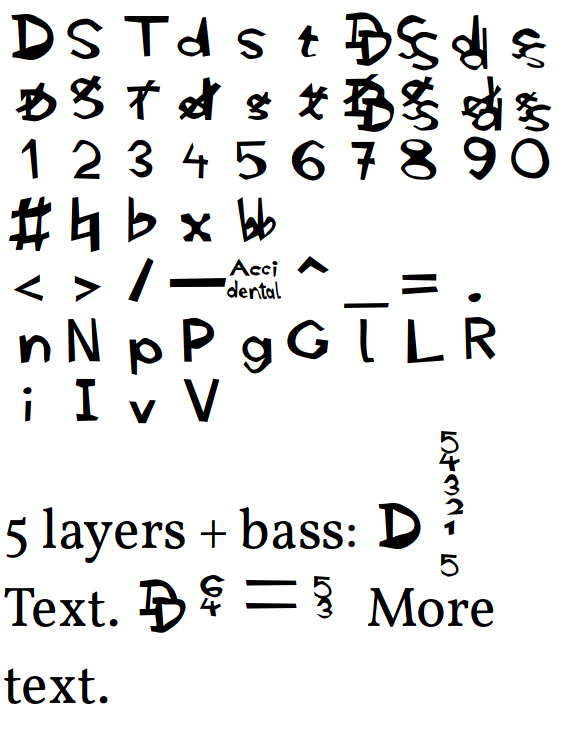 All of this is input as ASCII characters, f. e. the accidentals are ligatures

while the ASCII # is displayed as “Accidental”

But the really nice thing is the simpler input order for the last double dominant:

In my first attempt that would have been

The number of ^’s selects the layer for the following glyphs. The only drawback I currently see in that mark/mkmk approach is that those superscript glyphs take no horizontal space (else several layers of unknown length could not be placed above each other so easily) so in some programs you have to add that space before continuing the text. In fact for the screenshot above made with LibreOffice I entered

before writing “ More text.”, the periods are converted to empty glyphs by a contextual substitution.

For now I use ^_- for superscripts/subscripts/horizontal lines. Dear Dorico/Sibelius/Finale users, which alternatives would you suggest for _ and -?

Is there someone who is interested in making a nice font from that and can help me with licensing, metadata and maybe glyph drawing?