Some thoughts on Bravura

Some thoughts on Bravura

OCTO wrote:...I want to test another font in order to make a more "bold" score.
Bravura (Norfolk, Fravura) looks pretty advanced. I am still not loving some symbols there.

Any specifics? I'm curious to hear what it is you aren't loving (if you don't mind elaborating a little bit more...).

In my opinion, Bravura has many very beautiful symbols. The most I like are clefs and time signatures.
But some designs are less balanced.

Noteheads (NH):
Black NH: A small problem I see is the elliptic angle which is to sharp. It looks a bit "hanging"-unstable, instead of "punched"-stable. It seems that the upper side curve is not the same as lower side. My guess just.
Half NH: very flat and somehow empty. Almost like Petrucci or Helsinki. It is of the same size as the black NH, but when you compare them on page, HalfNH just drop out, it seems that they don't have weight. I like very much the look of Maestro: Half NH is oval but not a perfect ellipse (as egg) but more flat on places where they touch staff-lines. Interestingly, as Maestro uses extra added flat-top/bottom touchable sides, SCORE (Vienna) uses emboldened inner side with straight lines, which is the way Bravura should be (almost now, but not yet).
Whole NH - interestingly it is not a perfect ellipse! A nice note-head, somehow to much thin on the bottom/top. Same for DoubleNH.

Rests (R): my strongest distaste.
Quarter R - very much "inked", almost as trying to simulate jazzy handwriting style. It is so bold and it takes too much visual information.
Eight+ R ("Flagged" Rests) - the stem is very fat. It is so fat that the hooks almost disappear because they are too small. Not only that, the angled stems are not accordingly different: 8 R is somehow less angled than 16R, but 32R is even less angled than 8TH. Furthermore 64R is more angled than 32R. Simply said: a total mess.
Whole/Half R: It is too high (vertical size). It could be less high and somewhat longer. But that is not a big deal; comparing to the hooked rests, it is a good one.

Accidentals (A):
Too much inky-style in general.
SharpA: very angled (horizontal lines). It seems that the symbol is really sharp, but in my opinion it is not needed to visualise it so much.
NaturalA: very fat, when placed on line the white space almost disappear. Also something is strange here, it doesn't look it is perfectly vertically centred, I am not sure what is the problem but seems that it is positioned somehow to much up. (I use Bravura in MuseScore, but the same result I see in PDF generated in Dorico).
FlatA: why to have the curved stem (vertical line)? It is so printer unfriendly. Also, the left side of the accidental is not properly balanced with the right. It seems that it is going to collapse toward the left side, almost falling down. Too much white space in the middle, comparing to the Natural A.
Double sharpA: a nice one.
Double Flat A: why just a blank copy? To save space I feel that they should be somewhat horizontally compressed, and emboldened. It is one symbol, thus there is a need to "simulate" it visually.
Comparison: When I look at the complete symbols I feel they are really different, almost like designed by different persons.
- Flat to Natural: as above, FA too empty in the middle - NA too fat in the middle.
- The stem of FA is more bold than of NA, and stems (vertical lines) of SA is even less bold than of NA. Stem of FA is therefore almost double than of SA. It is so unproportional.
- The angle (horizontal lines) of NA and SA are different. No idea why it is should be so, but it feels not being of the same designer.
- SA is so much more elegant (almost like November) and NA is a robust one.
- FA takes too much horizontal space comparing to NA.

Flags.
I feel they need some serious adjustments. Generally they are very fat, taking a lot of power from the stem and bar-lines.
Flags up:
Generally good, but there are differences between 16F and other flags (incl. 8F) - 16F is somewhat wider. No idea if it is good or not, but just the difference is not telling me why.
Flags down:
The horizontal space must be increased. The higher values (of 32, 64 and more) seem to be unbalanced with the note-head, almost as offset to the left or just chosen smaller font. I would prefer somewhat thinner flags and more wide to visually compensate the long stem (such as with values of 128 or 256). They are to narrow on a long stem. That is not case with the 8F which is almost full width size of the note-head. Why that so differently?
Also, the flags differ in boldness. I would prefer the same boldness for all flags, all equally wide, as wide as the note-heads (or close to).

Here are samples of Maestro and Fravura to illustrate some of OCTO's points, with which I am mostly in agreement. I prefer the Maestro font noteheads, accidentals, rests, dynamics, most articulations and time signatures. This is the reason that I would need the Maestro font or something very like it to move to Dorico.

These fonts were used within Finale, so spacing issues, barlines etc. have nothing to do with Fravura or Dorico.

I think that Fravura is not a verbatim copy and has some edits on Bravura.
Such are flags. Finale cannot use single flags for each value, but uses compound flags. One is flag for 8, one is flag for 16 and all above use additional one flag attached to 16. Flags in Fravura are wider than in Bravura.
Also, the double flat is somehow more narrow than Bravura. Perhaps some more things but I cannot go deeper here. I prefer Fravura over Bravura. 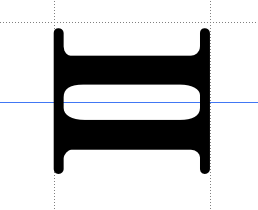 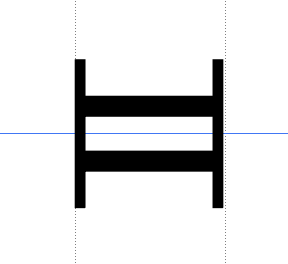