Still lacks a few of the features I'd want from LP, and seems to still have trouble with the kind of deep customizability that Finale and LP allow, but I don't have first-hand experience with it.
Top

I haven't upgraded yet, but judging by the Discover Dorico rundown, the new features look very nice.

The divisi feature seems particularly slick and useful, although unfortunately, it does not yet include the reverse option of condensing two players into a single score staff, while keeping separate parts. Until the inclusion of such a feature, you'll need to work around this by creating separate flows or projects for your parts. This is cumbersome, but not much different from the traditional way of extracting parts, which I regrettably still have to use in Finale, because of certain limitations with the dynamic parts feature.

With regard to customisation, one major new improvement, apart from any playback related ones, seems to be the playing technique editor, where you can create, categorise and customise the appearance and placement of playback technique symbols. Since these evidently can be based on either font glyphs, graphics or even composites of the two, the editor seems powerful enough to rival many use cases of Finale's shape designer, while hopefully being a lot easier to work with.

There are also smaller additions to the flexibility of elements such as dynamics, fingerings, text, etc., and although Dorico still seems to be quite far behind Finale in terms of strict flexibility, I'd say it's coming along nicely in that department, while being a major improvement in many others. And I'll add that since there apparently won't be any improvements to Finale's functionality for at least six months, Dorico still has that time to close the flexibility gap further.

BTW, you can read and watch more about the new features of Dorico 2 from the links presented here.
Top

Thanks Knut for your review.

I am still waiting for Dorico, perhaps more engravers to find available and to be stable for more advanced engraving (contemporary music) in order to switch completely if Finale and Sibelius stay where they are (Finale: my problems on Mac and lack of automatisation; Sibelius lack of superpower editing).
I know I can download the demo, but still, I have to many projects on the table, there is a risk of spending to much time.

EDIT:
Now checked: DIVISI! Wow!
That is exact what I proposed to another software a long time ago:

HOW?
1. User selects one measure and click at the command “Add vertical measure”.
3. Popup menu offers alternatives:
1. Add: above or below
2. Add: X number of measures (number 1 would add one measure above, therefore creating divisi a 2; number 2 would add two measures above, therefore creating divisi a 3)
3. Barline: through, invisible, etc…
4. Clef: choose clef, and, Make clef: invisible / visible / cautionary
5. Create Bracket or Brace: at the system start / always / never
6. User can select: partial measure, one measure, several measures to execute the command. Ability to create partial meausres and creating a partial measure above is very common with ossias.
7. Ctrl+click on the “ 'divisied' measure” would bring up the current settings and ability to add more measures if needed, or edit any other setting.
The command to remove these extra "vertical measures" should be by clicking on them and "remove vertical measures”.

Seems that either Daniel has seen this post before, or it is just a coincidence. Wonderful.

Knut wrote: ↑
31 May 2018, 08:18
Until the inclusion of such a feature, you'll need to work around this by creating separate flows or projects for your parts.

Actually, all you need to do is create an additional player for the combined staff and exclude the single players from your print score layout. With the new Reduce feature it is very easy and straightforward to copy the music of the two single players to the 'combined' player. Should you need more than one staff at some point, make the combined player a section player and use a divisi.


Knut wrote: ↑
31 May 2018, 08:18
With regard to customisation, one major new improvement, apart from any playback related ones, seems to be the playing technique editor, where you can create, categorise and customise the appearance and placement of playback technique symbols. Since these evidently can be based on either font glyphs, graphics or even composites of the two, the editor seems powerful enough to rival many use cases of Finale's shape designer, while hopefully being a lot easier to work with.

Indeed. The only thing it lacks in this regard is the ability to define the exact position in the score (apart from above or below the staff… but that doesn't really count…).

Quite a few gaps in terms of flexibility remain, but I find the additions are very impressive.
I don't want to advertise myself, but take a look at the latest Scoring Notes post if you are interested!
Top

Yes, please DO advertise! We all need more information about Dorico's (but also others') progress.
The examples look lovely.

The only concern about Dorico (a pure visual concern) is - the slur. It has some "odd shapes" that remind me of Sibelius.

That depends on your settings. You can produce beautiful slurs with Dorico, even by default. I'm not a fan of the factory settings either…


OCTO wrote: ↑
31 May 2018, 19:24
LARGE TIME SIGNATURES: there is no example combined with slurs, ties and hairpins going through. How is that implemented?

They just cross each other as of now. I seem to remember that Daniel said they would implement something for such cases… at some point I guess.

But note the erase background property for playing techniques etc. This one is lovely, and makes this way easier to handle than Finale.
Top

What exactly do you mean?
Top

What exactly do you mean? 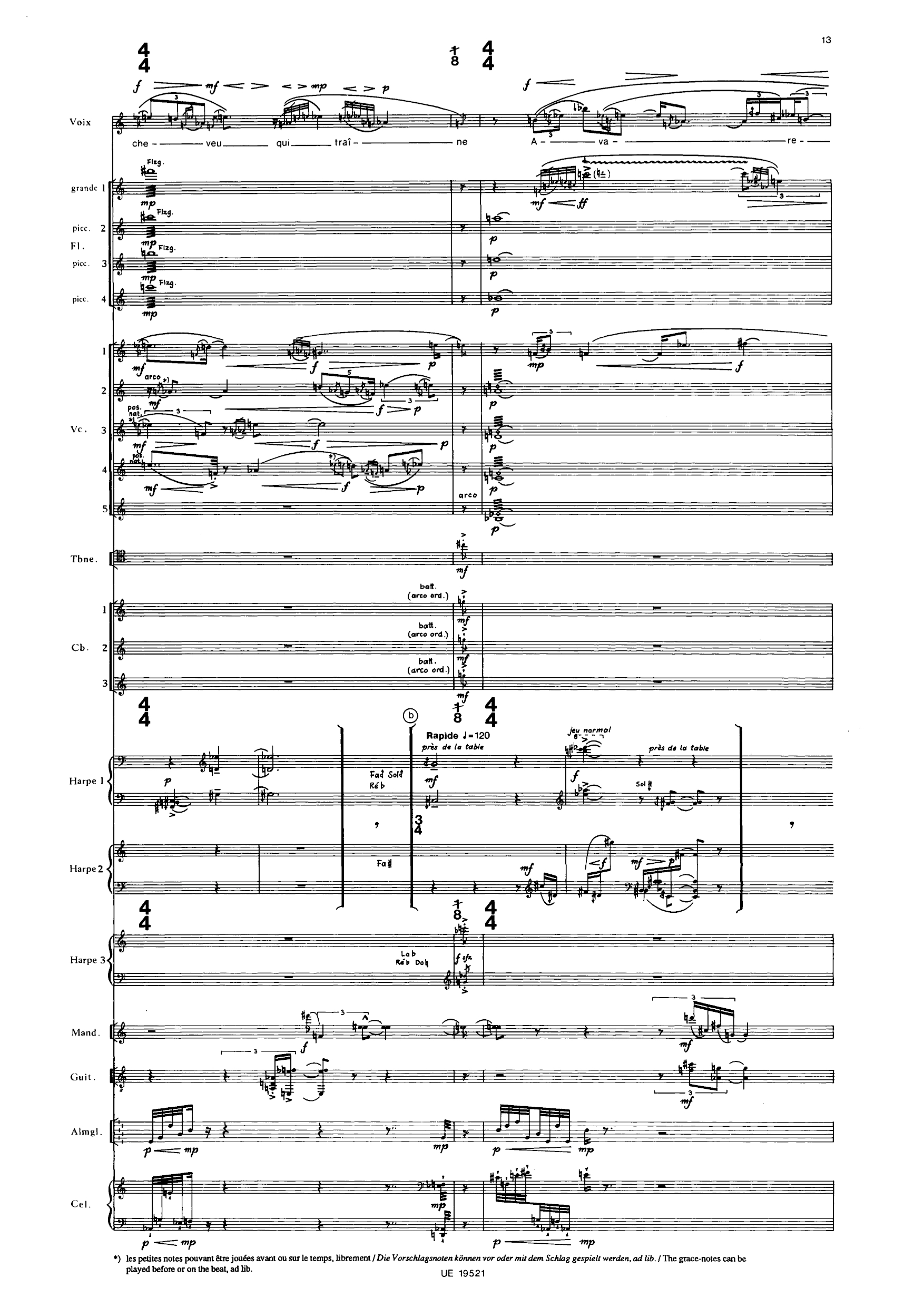