Did it really matter?

Did it really matter?

Beethoven and other masters positioned the notes on the staff in keyboard music according to different principles than later composers and engravers. I hope to prepare a list of this and other differences in the future.

But did Beethoven really think that this was important?

The accompanying example from the MS of Beethoven's "Moonlight" Sonata might shed some light on this question.


Beethoven seems to be debating with himself about how to distribute the right hand whole note chords on the staves. At first he writes them in modern fashion entirely on the upper staff using ledger lines. This relates these lower notes most clearly to the lower notes in the previous measure. But then he revises this in small notes to the older style to present a more unified use of the two staves. This isolates and calls to the player's attention to the 2 internal D#'s that are the actually the most structurally significant notes in the right hand whole note chords. Then he rewrites the second chord in the first version as if undecided between the two versions.

The first edition seems to have taken the new distribution as the composer's final intention and engraved it as follows. Note the significant D#'s that occur in the same and the higher octave throughout the previous measures. These D#'s are the final structural melodic tones of the whole first half of the piece. 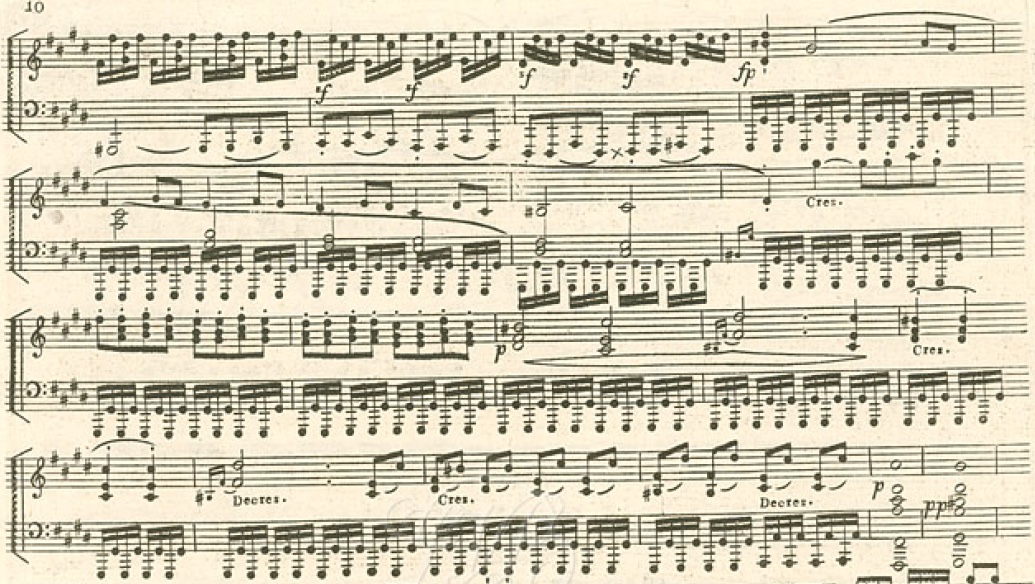