One related topic is Dorico's default options for hyphens. I think I get a better result with the following settings: 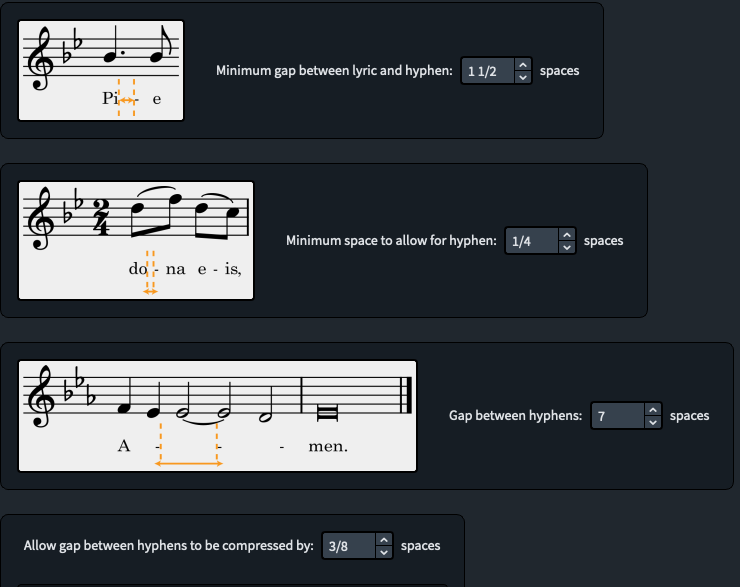 The first two options are a bit confusing. The first option, "Minimum Gap", is (it seems to me) the distance to the first hyphen in a string of hyphens. It also acts as a kind of threshold beyond which more than one hyphen will be created.

The second one, "minimum space", is the distance to be kept between a syllable and a hyphen: so large values push apart syllables (and consequentially their notes).

Increasing the 'compression' value also seems to produce more even results, as it smooths out places where there's not quite enough space to add another hyphen, but enough to leave a large gap.

In short: the second of the 4 options can have significant effect upon the spacing of the page: requiring more space between syllable-hyphen-syllable will push notes further apart. The first and fourth options have an effect on the evenness of consecutive hyphens: the third option just defines how frequent they are.
Top
Post Reply
41 posts