Here's my first attempt at a treble clef (SVG here).

Feedback welcome. Be nice; this is hard. Yes, I know it looks nothing like a conventional clef...

My goal is ultimately to harmonize it with Trinite. For starters I'm just trying to make it look respectable.

Nice! looks like a vintage clef, I see your bass clef there, even the 8th note rest, I also see the Alto clef there

You can extract them from the same glyph you designed.
Nor Eddine Bahha
https://norfonts.ma
Jazz pianist and Type Designer

"Many will call me an adventurer – and that I am, only one of a different sort: one of those who risks his font design talent to prove his platitudes."
Top

Thanks. Here it is on the staff. I think it's a bit too wispy, for one thing.

My goal is ultimately to harmonize it with Trinite.

As for your clef: really interesting. It reminds me (and this is meant in a good way) of a style of animated cartoons in the late 50s/early 60s.
Top

Ha! Well, not quite what I was going for, but I'll take it.
dankreider.com
Top

Dan, you are endeavoring to do something even more challenging than most attempt. When staying within the world of music symbols, you can take a lot of liberties when it comes to creating a cohesive design because most symbols don't have a lot of similarities. However, when trying to match up to a text font, which has A LOT of similarities, you're going to have to synthesize music symbols a bit differently.

I recommend pulling curves/features from the text glyphs themselves with minor modifications as a starting point paying careful attention to thick & thin. Since text on a music score tends to be sized such that the x-height is roughly a single staff space, this makes for a pretty small thick/thin ratio to base music glyphs off of. Thus, I'd use the BOLD version of Trinite as more of a design guide for the treble clef since it also has a higher contrast between thick & thin, probably for other music symbols, too.

Here are some stylistic examples I had a small hand in, but mostly designed by a friend of mine, Giovanni Murolo. One sample is synthesized to work well with Bodoni, a high contrast serif font with a lot of finesse, and the other with Akzidenz Grotesk, a low contrast sans serif font that uses simple, blocky shapes. He did a great job, but I know it was quite the challenge for him. He borrowed features quite heavily from glyphs in the text font and I think they turned out great.

I hope you continue working on this! You're off to a fantastic start and hopefully the samples below give you some inspiration. 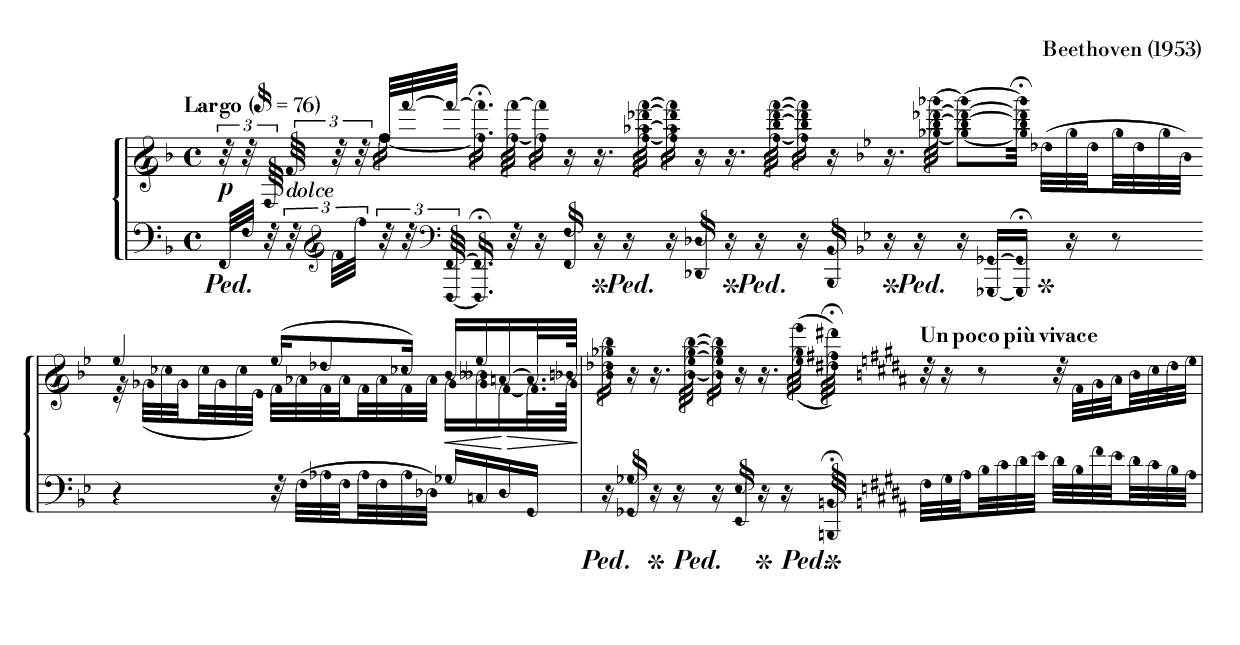 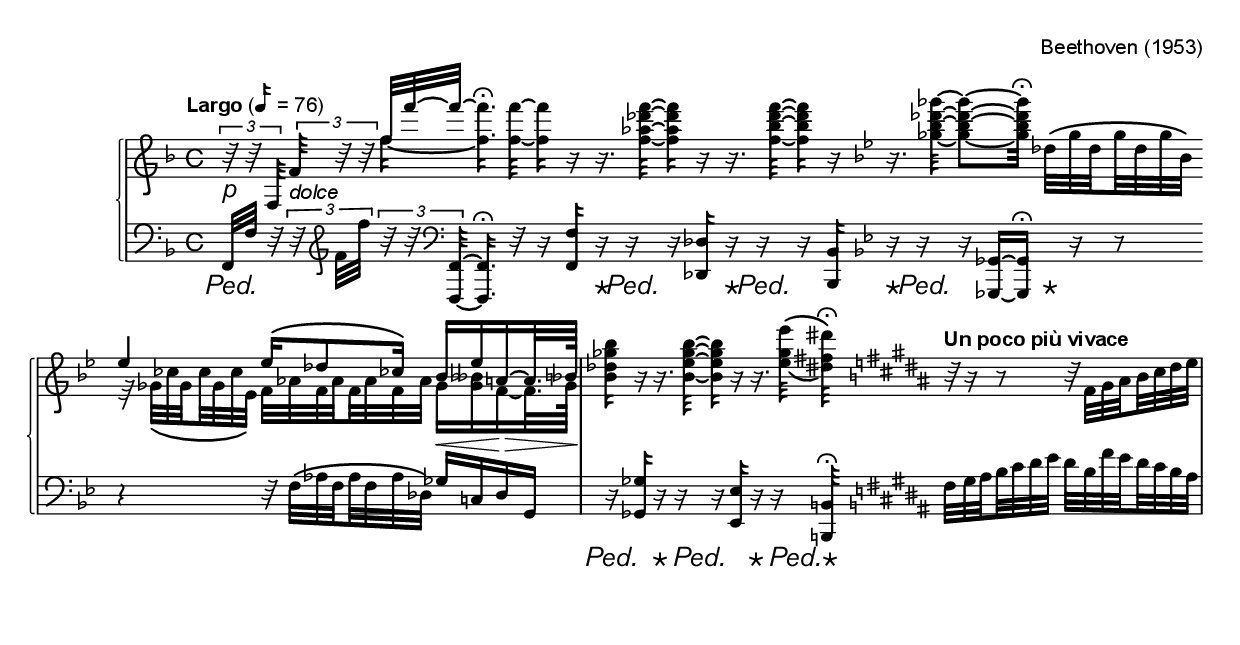