Back to the subject of the font for tempo indications. Here is a comparison of the font from an old Peters edition (below) to Times New Roman in my edition (above):

To my untrained eye they are quite similar, which might explain the widespread use of TNR as a font for tempo indications: 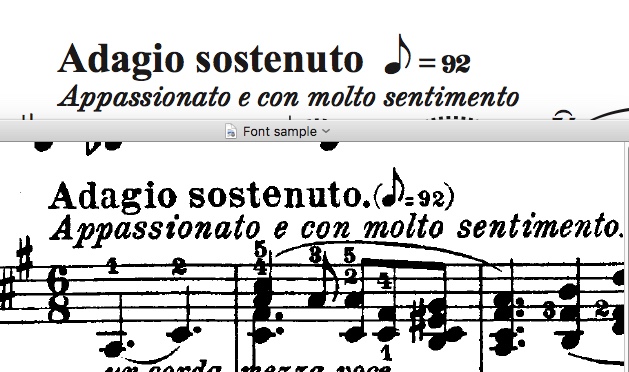 The Peters font is less compressed and the letters seem more widely spaced, which I like better, but what is the font, which seems to be a classic?
Mac mini (OS 10.8.5) with dual monitors, Kurzweil Mark 5 with M-Audio Midisport 2 x 2,
Finale 2014d with GPO 4, JW Plug-ins, SmartScore X Pro, Adobe InDesign CS4,
Inkscape .48.5 and .91, FontForge 20150526
http://www.cantilenapress.com
Top

The problem is that the Peters font isn't really a 'font' that can be identified. In the second half of the 19th century (the time music engraving was molded into the shape that we recognize today as 'modern'), every type foundry had their own (but almost identical) version of a 'normal' typeface for book publishing; most of the time they didn't bother giving it a name and instead identified them only by point size; German type foundries called their black letter version of a 'normal' typeface even "Normalfraktur". Music publishers copied the style for the text elements of their scores; each publisher had their own version, of course, but they all looked pretty much the same.

While book typography changed considerably from the end of the 19th century on (development of new typefaces, revival of 'historic' typefaces etc.), music engraving didn't. And so the 'classic' typeface remained the dominant style for text.
In the course of the 20th century, a lot of typefaces that were developed for book publishing (or newspapers etc.) were of course inspired by the 19th-century 'normal' typeface, the Century family or Times (New Roman) being prime examples. They even made it into the age of computer fonts. So it's no surprise that a number of computer fonts resemble the 'classic' music typeface. However, to the best of my knowledge, there is no font (by a major type foundry) that goes back to the original design. Even the ones that come close (e.g. Hercules by Stormtype, my favorite) have something that doesn't look quite right, in terms of style, contrast, width, availability of particular cuts etc.
Here are a few examples of typefaces that also come close but have shortcomings of their own (I can't remember if they have been mentioned before in other posts):
https://www.myfonts.com/fonts/efscangra ... y-nova-sb/
https://www.myfonts.com/fonts/linotype/madison-antiqua
https://www.myfonts.com/fonts/bitstream/century-725/
Top

Thank you, for your enlightening explanation, liuscorne. It was very helpful. It is indeed curious that no one has reproduced the "normal" typeface that one sees in plate engraving for tempo indications.

Of the fonts that you and Schonbergian have mentioned, TNR seems to me to come closest to it, especially if I adjust the tracking to space the letters more loosely. And so I am content with TNR with that change. The rounder fonts like New Century Schoolbook then make a very nice contrasting font for other uses such as names like Scherzo, Coda, Finale, Var. 1, etc.

And I am going to answer my own question at the outset of this thread. Having worked with Dorico 3 over the last few days, I have decided that "warm" is nice at first, but over the long haul, I prefer a "cooler" look; it doesn't wear out its welcome. But that should be possible to attain in Dorico when more music fonts are available for it.
Mac mini (OS 10.8.5) with dual monitors, Kurzweil Mark 5 with M-Audio Midisport 2 x 2,
Finale 2014d with GPO 4, JW Plug-ins, SmartScore X Pro, Adobe InDesign CS4,
Inkscape .48.5 and .91, FontForge 20150526
http://www.cantilenapress.com
Top

Very beautiful and interesting explanation, thank you for that!

I would like to adventure myself in creating a "new" textual typeface from the old scores, but the problem is that I don't have the complete symbols that I could scan in order to make that font.
Do you (anyone here) know when can one find that old books, sheets or other documents that contain all letters and symbols that could be used as a starting point?
Freelance Composer. Self-Publisher.
Finale 25.5 • Sibelius 2019 • MuseScore 2+3 • Logic Pro X • Ableton Live 9+10 • Digital Performer 9 /// OS X El Capitan, (side system: Debian 9, Windows 10)
Top

John, for comparing text fonts you can also try:

The following link also includes many commercial fonts, but they only preview if those fonts are installed on your computer:
https://elbsound.studio/text-fonts-all. ... pply+Words

I've always found Monotype Modern to be the closest:

The Bold Italic is a very good match to dynamics, making sempre mp seamless. The Bold numerals are very close to time sigs.

TNR for me is NOT close, and I suspect it is used just because it was the "digital default" for many years.

Thank you very much, Jan. Your website is a wonderful resource. Of the ones shown, I find the Old Standard TT Bold closest for my purposes. I also see that the Engraver black note head seems fuller and at less of an angle to the staff lines. I may experiment with that one. benwiggy, I can see why you like Monotype Modern. Here are four fonts stacked for comparison. Monotype Modern on top, then Old Standard TT Bold, then TNR, and finally old Peters edition at the bottom: 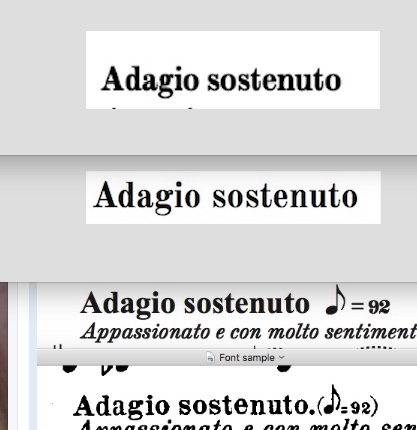 Old Standard is lovely, and quite similar to MM. It's a shame there's no Bold Italic for it, though.
Top

What do you think about Century BQ?
Quite similar with Century 725 Std Bold Condensed. 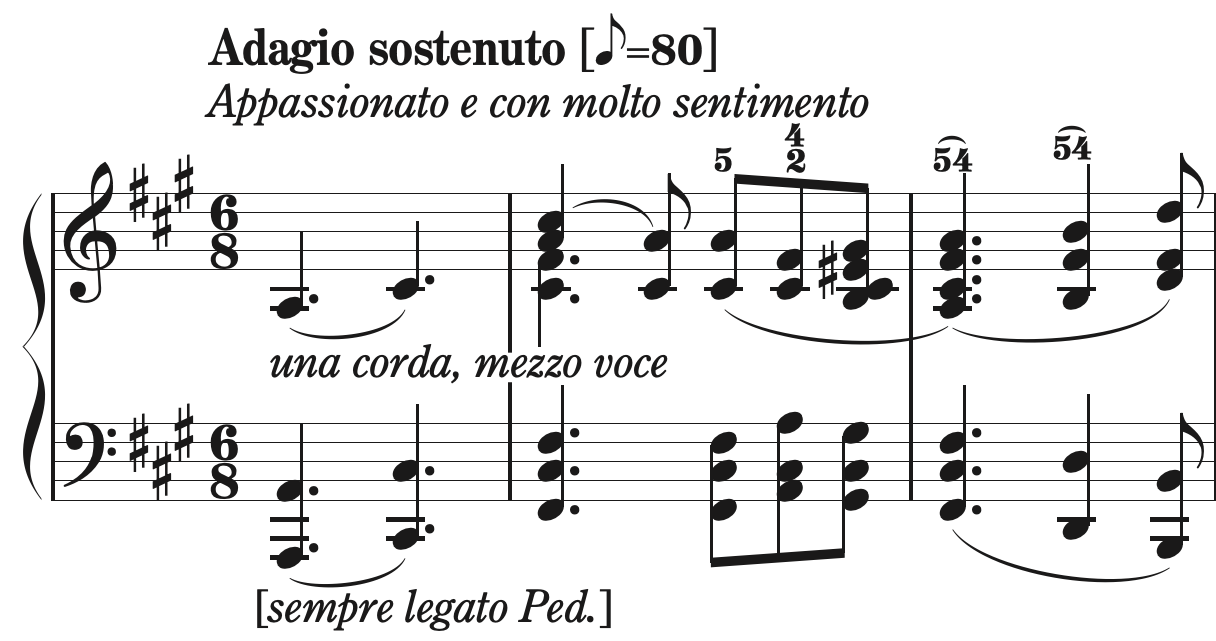