Here is a counter example, also from Beethoven's Sonata op. 7. The last measures of the last movement: 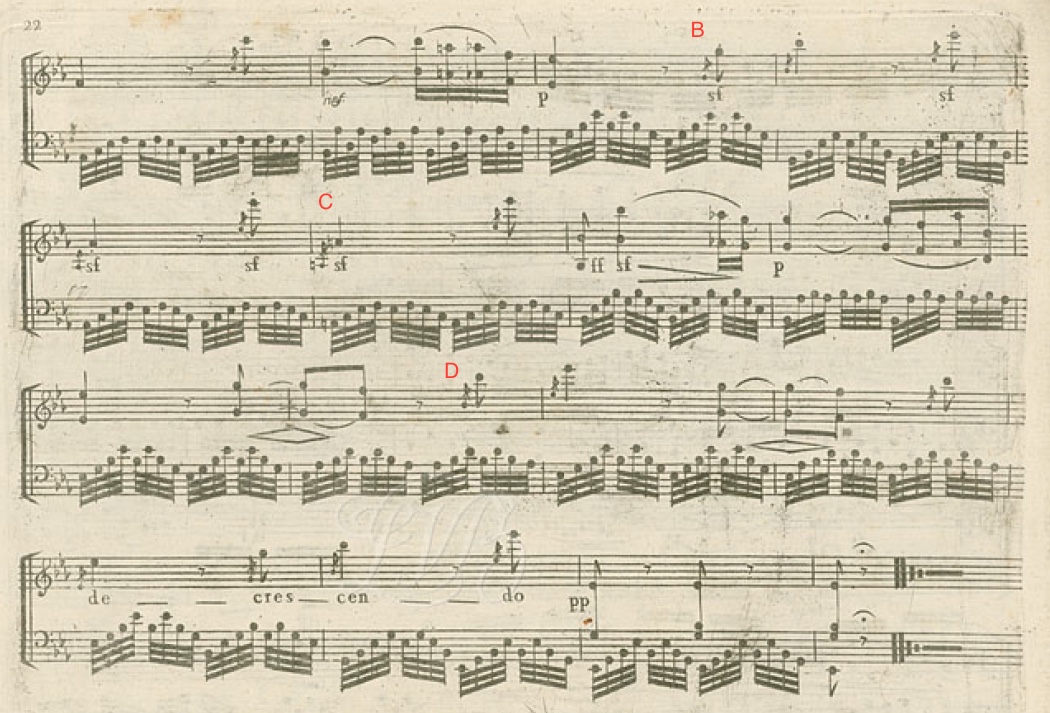 Clearly, the differences can not be explained as part of the unwritten simile practice of the time, or of progressive correction, because the dots occur not at the beginning or end of the passage, but in the middle. Some editors starting with the B&H Complete Works have standardized the passage by placing staccato dots on all the broken octaves at A, B and C, probably feeling that they were omitted through carelessness.After all there are several obvious errors in the passage. Others, like Schenker place dots only on the eighth notes throughout, not the quarters, probably feeling that staccato dots are not appropriate for the more sustained second broken octave.

In this case, however, I don't feel that standardization is in order and will leave the passage exactly as it stands in the first edition, because the change of articulation exactly matches the extraordinary transformations of character within the ending.

At A the music starts dolce, increases in feeling and then subsides. At B the music starts in a forceful and triumphant way, but becomes more sustained at C and suddenly ebbs back to a dolce. At D the music starts dolcissimo and dies away to nothingness. This must be the most poetic piano sonata ending to have been written until that time and the articulation is just as exceptional. This convinces me that it is intentional.
Mac mini (OS 10.8.5) with dual monitors, Kurzweil Mark 5 with M-Audio Midisport 2 x 2,
Finale 2014d with GPO 4, JW Plug-ins, SmartScore X Pro, Adobe InDesign CS4,
Inkscape .48.5 and .91, FontForge 20150526
http://www.cantilenapress.com
Top
Post Reply
1 post • Page 1 of 1